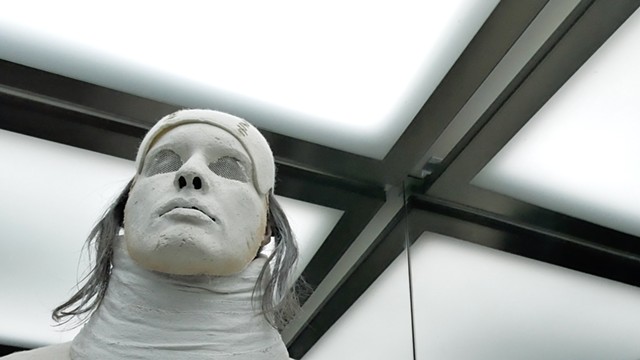 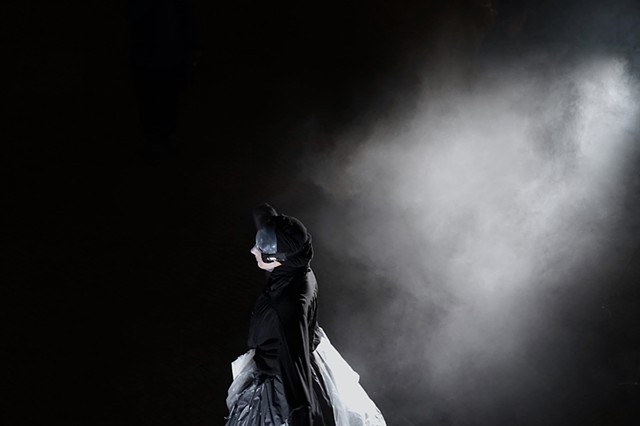 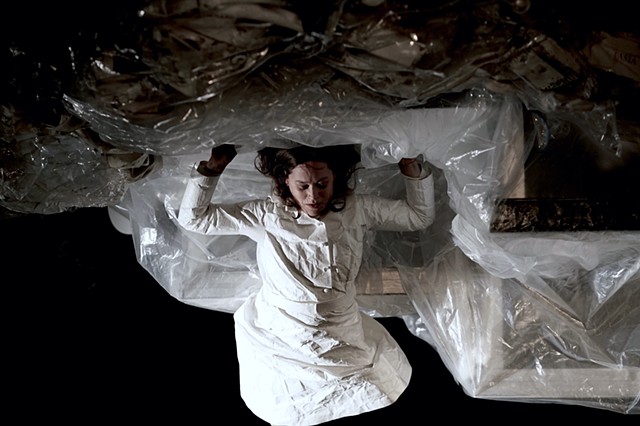 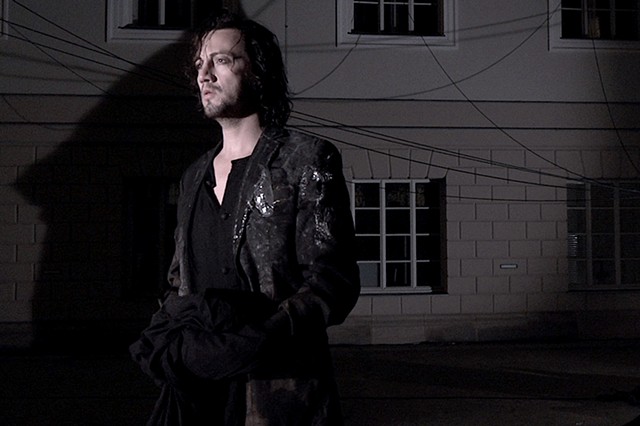 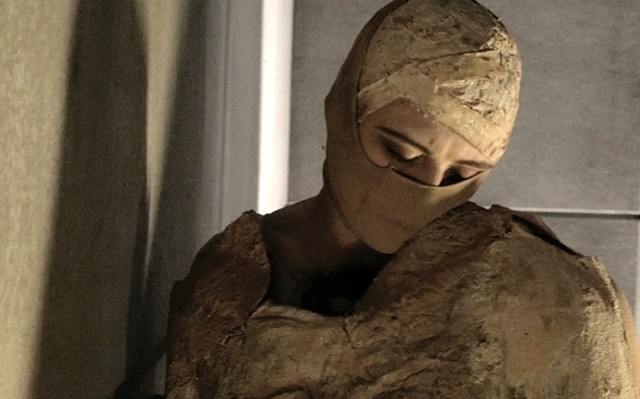 Orpheus’ perilous and unsuccessful journey through the underworld to reunite with his bride Eurydice has inspired over 70 operas since the year 1600. After returning to the mortal realm empty-handed, the story goes, the Thracian migrant credited in ancient Greece with the invention of music swears off women until he meets his own end: A troupe of lusty and furious maenads tear him to pieces, his decapitated but still-crooning head eventually running aground on the island of Lesbos.

In this new adaptation, the couple are portrayed not onstage, but in the liminal spaces of the administration offices and practice rooms of the Berlin Opera. Traversing occupied elevators, abandoned courtyards, garish hallways, and indefinite stairwells with escort provided by Hades’ boat-man Charon and other anthropomorphic deities, Orpheus and Eurydice navigate on their (respective) passage an eerily empty workplace taxed with the consequences of contemporary adversity.

Thresholds, checkpoints, crossing the liminal—starting from the space between two states, BORDERLAND deals with the process of metamorphosis: Orpheus and Eurydice in the eye of the hurricane of transformation. We concentrate on a position: not before, not after, but at the very moment of change. What happens there on the verge between two worlds when, all of a sudden, everything becomes possible? When before and after uncouple and only the stage of evolution, the stepping through the doorway, the rush of limbo counts? In the struggle for the decisive last step before irreversibility, an in-between world emerges in which everything for everyone—seems possible for a brief moment. A sphere between astonishment and fear, dream and nightmare; experience, sensation and physicality are questioned. The cards are dealt anew and what happens next is anyone’s guess.